What happens in Vegas, stays in Vegas!

Have you ever heard that saying?

While for some it’s true, others not so much.

But what exactly makes Vegas so special and attractive that brings in MILLIONS of tourists per year?

Do you think the customers who spend thousands… if not tens of thousands while visiting Vegas could actually Benefit from using a product or service?

There’s of course a bunch of ways you can reach them… One could be TV, Magazines, Social Media, Google, or even a billboard on the side of the road…. But What if there’s a better way that’s more efficient?

HINT: There is a better way!

One client called and wanted to reach thousands in Las Vegas. They were already spending thousands per month on Google, Social Media, and other advertising mediums. But wasn’t sure what to do next…

So let’s break it down… What is the goal of advertising? In simple English… it’s to help your brand or business prospect new customers and convert them into paying customers or move them to take action.

But in order for them to ever become your customer… THEY HAVE TO FIND YOU FIRST!

That’s where My Online Billboard came into play. Average You can reach a 1,000+ with $10 on hundreds of websites, apps, games, and more with LESS competition and add them into your sales funnel.

It’s no secret… It’s easier to convert new clients that have seen you at least 7+ times. Everyone knows that and it’s also cheaper to retarget your website, visitors, on social media and search engines…

So what one can do is simply add in My Online Billboard and allow them to reach hundreds of thousands at a fraction of the cost. Everyone who sees your online billboard already has an interest in your product or service…. And then you can re-advertise to them on social media and search engines.

We’re not saying to get rid of anything… but there is a better way to potentially reach millions at a fraction of the cost… while increasing your conversion rate!

My Online Billboard is easy to use.

And, That’s it! Sit back, relax and let us do all of the heavy liftings. Start today with any amount and start growing your brand today! 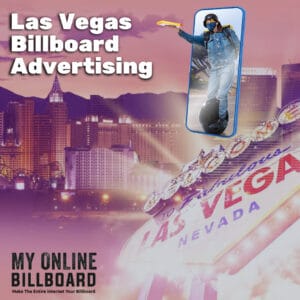